We’re all familiar with the fable of the boiling frogs, unable to sense the change they’re (literally!) immersed in. Enthusiasts of RISC-V architecture may be encountering the same right now: late 2020 gave us a steady stream of new hardware announcements, but we may not have a great sense of us since the hardware isn’t always possible to order yet. Let’s review some of the upcoming products in this market, duly nothing that products can change or get canceled before they even ship.

We had two major new families of entries in the iOT category. Both use the RISC-V to drive WiFi and Bluetooth radio stacks. Bouffalo Lab’s BL602 is available in quantity now. Starting around $2.50 for a module with multiple development boards in the $5-$10 range (including Pine64’s Nutcracker for PineCone and the DoIt DT-BL10), this chip starts with a core from SiFive and has 802.11 b/g/n and Bluetooth 5. The upcoming BL-702 family adds Zigbee radios. There is enough compute resources (CPU, RAM, Timers, etc.) that you can build your own software right onto the radio chip via their multitasking OS and open development kits. You may recognize this as the basic model popularized by Espressif in their ESP8266 in recent years.

Espressif also embraced RISC-V with their upcoming ESP32-C3 family. It’s interesting that this chip doesn’t even get a distinct name at this point as Espressif apparently sees the CPU core as only a small part of the product. Still, by volume, the ESP32-C3 is likely to become an extremely popular choice.

Moving up a step computationally, we enter more traditional chips and single-board computers. Alibaba’s Xuantie 910 is widening into a family of chips. The C906 is being marketed for more entry level class, but still featuring a load of I/O, multiple cores, support for the still-not-ratified Vector extensions, and more. Press releases tend to mix up the 910 and the 906, but they both seem pretty hot.  In late January, anAndroid Open Source Port of C910 was demonstrated. Embedded specialists Sipeed have announced a C906 development board that’ll run Debian and that starts at $12.50. If Sipeed does for that what they’ve done for GD32V and K210, we should see lots of interesting SBC projects from them. 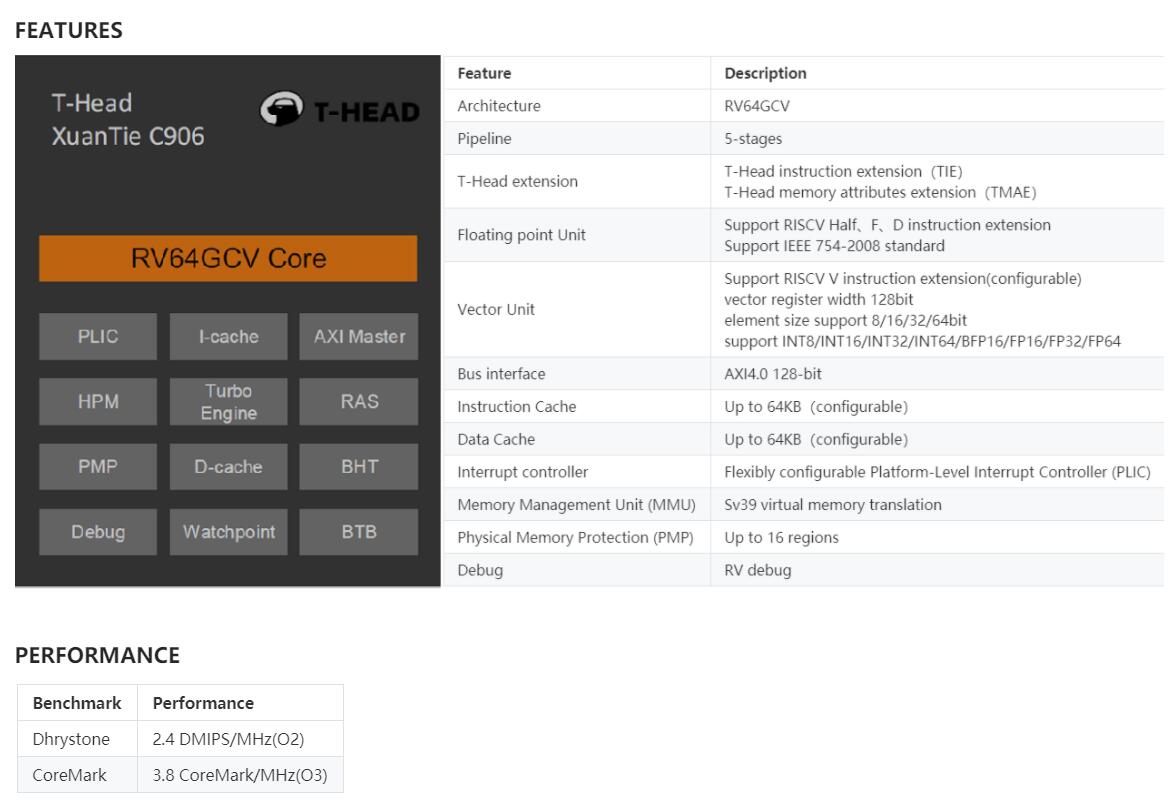 Rios is bringing us a claimed competitor to the Raspberry Pi called the PicoRio. It’s coming inthree stages:

Another entry in the Pi-class of hardware, though not at Pi Price, is the Beagle V from the group that brought us the famed Beagle Bone. It uses two of SiFive’s U74 cores at 1Ghz includes 8GiB of LPDDR4 RAM, gigabit Ethernet, an 802.11n Wi-Fi + Bluetooth 4.2 chipset, and a dedicated hardware video transcoder supporting H.264 and H.265 at 4K and 60fps.The system also offers four USB 3.0 ports, a full-size HDMI out, 3.5mm conventional audio jack, and a 40-pin GPIO header. As a snack for those interested in AI applications, it also features  a Tensilica Vision VP6 DSP for machine-vision applications, a Neural Network Engine, and a single-core NVDLA (Nvidia Deep Learning Accelerator). 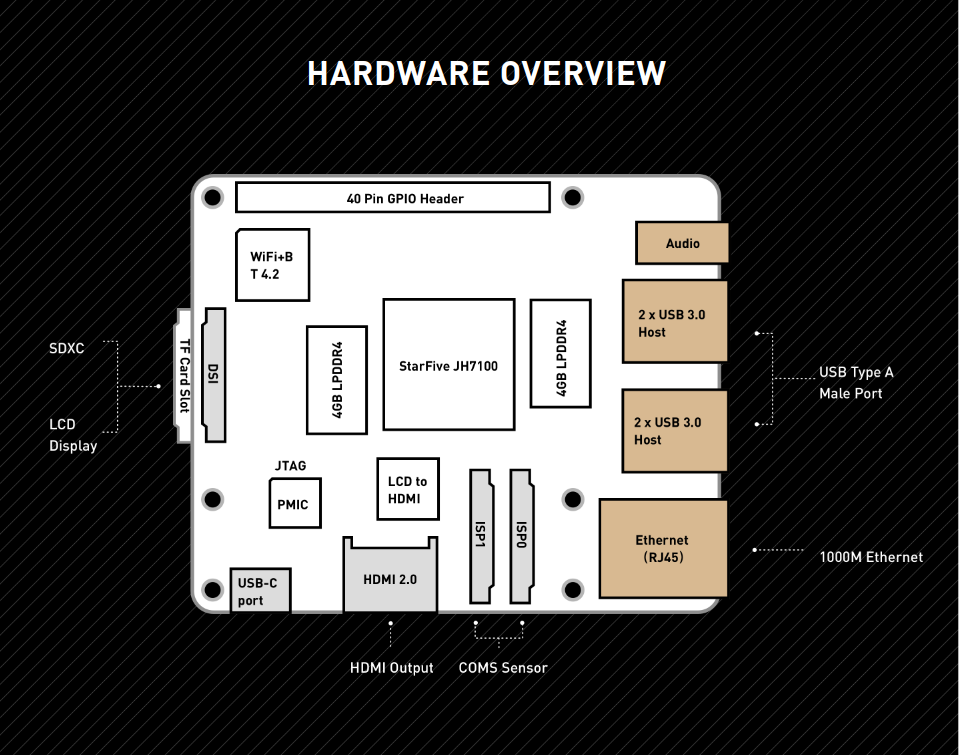 Core provider SiFive is bolting Freedom U740 cores to a min-ITX design in HiFive Unmatched. X16 PCIe expansion, 16GB of DDR4 RAM, NVME M.2 slot, Gigabit ethernet, and four cores at 1.4Ghz should make this a entry-level desktop-class system, including host-CPU class of building for native applications at full scale. For professional developers, the $665 entry ticket should be more appealing that the $999 for the board’s predecessor, Unleashed.

The PicoRio V1 and Unmatched have already slipped from Q4 into 2021.

Still, while we’re not bathing in fresh alternatives to the GD32V and K210, we have several alternatives on the proverbial launching pad and several options to bring excitement into lives and toolboxes of RISC-V aficionados.

What do you see coming up? What are you most anxious to work with?